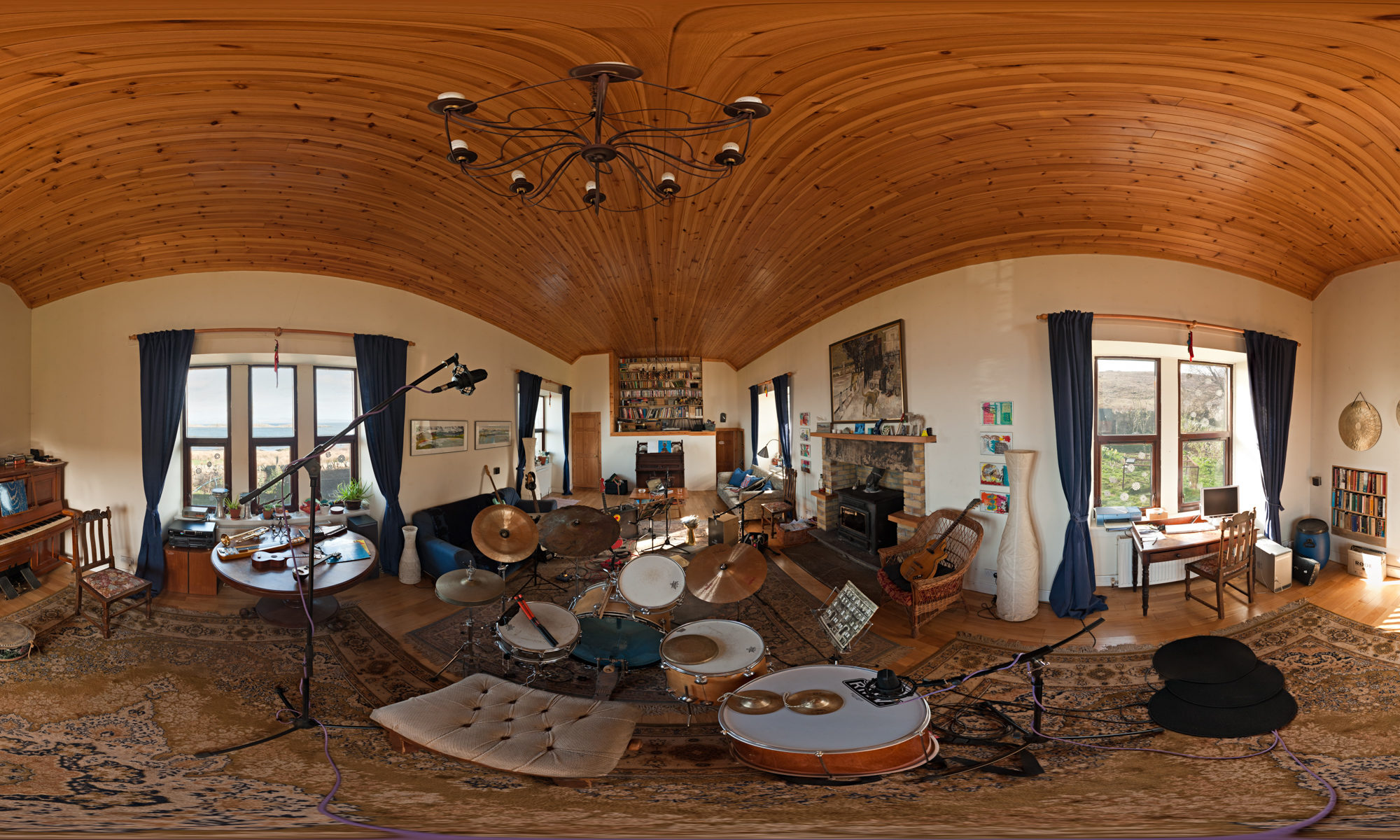 Meanwhile live events to have been created from here include the Sound of Jura presents… concert series, Tip of The Tongue/Barr Mo Theanga Festival, Tall Ships Finale Stavanger.

The studio is the place that most of the work for our sister business XA Music takes places as well, and you can look at the label/publishing stuff at xamusic.co.uk

Videos from the Studio

With an apprenticeship that goes back to recording in converted barns and halls in Cornwall and Devon in the late 70s, Giles has prided himself on a recording approach that remains true to the spirit of improvisation and techniques acquired through colloboration with some of the true mavericks of British recording.

Starting with a tenet that a recording studio is basically a room with a sound and some kind of power supply, and then everything else is frills, his craft developed though working with tape and early sampling, and a musical journey that has always looked for new sound. The studio reflects this. It’s an 80 sq.m room overlooking the bay, with a wonderful natural acoustic, large enough for a group of players to stretch out and, er…’really explore the space’. The studio is ideal for recording acoustic music, but Giles’ heritage as an electric musician also means that there is are some choice and characterful vintage guitars – Höfner, Fender, Milner being favourites, and classic amps from Selmer, Watkins, Session and SWR. There is a 60s Hayman drum kit, lovingly restored by Van der Graaf drummer Guy Evans, and a wealth of signature, unusual percussion that reflects Giles’ long history with the sonic sculpture group Echo City. There is a Steck Pianola, which Yorkshire Pianos keep in tune for us, a vintage Hohner Pianet, a Yamaha CS5, and some other synth sources as well as a lovely Mason & Hamlin pedal harmonium, which somehow has featured on just about every record that has been made here.

For anyone who wants to know this sort of stuff, we base our recording around an Allen & Heath ZEDR16 mixer with a selection of mics from sE, Sennheiser, Røde, Shure, Telefunken, Audio Technica and others. Monitoring is by Genelec. The studio Mac runs Digital Performer and a healthy complement of Universal Audio plugins.

Quite a few of our clients are solo artists, and we have created a separate space for them to stay in in the old school’s annex. It offers a double or twin room, shower/WC/wetroom and adaptable small kitchen and dining area.

We accommodate bands too, opening up two other rooms in the house for to 4 additional people. We are also closely connected to some very nice people in the neighbourhood who do accommodation as well. Catering can be rustled up by visiting bands in our meat free kitchen, while we can also arrange evening meals to be brought in to order as well.